Paranormal Witness and The Murdoch Mysteries using the Auchmar Estate as their latest film shoot location. 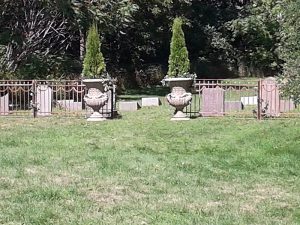 Over the summer months, the manor house and grounds of the Auchmar Estate has been the location for episodes of Paranormal Witness and the upcoming season of Shaftesbury’ Films production of The Murdoch Mysteries.

This reinforces the need to prioritize the removal of old, falling paint chip particles from interior walls so that the manor house would be less troublesome for film shoots. There would then be more interest from film companies to rent the facilities for their film shoots.