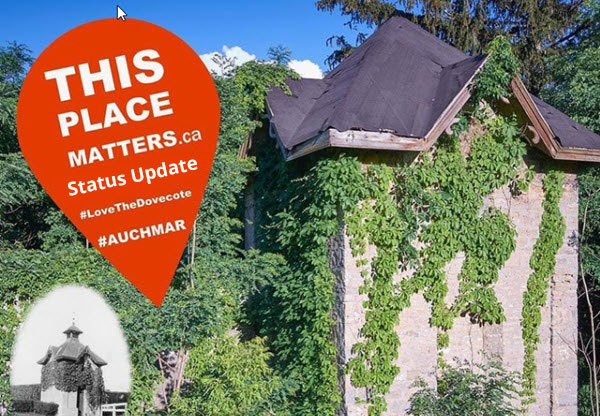 In 2017 the National Trust for Canada ran a competitive campaign to encourage donations to support the preservation and development of Canada’s historical places in which the Friends of Auchmar participated. Just over $7,000 was raised and is being held in trust for the further preservation of the dovecote situated on the Auchmar manor property. The dovecote has been, since the campaign, secured in that the city of Hamilton has replaced the roof on the dovecote. A large portion of the stone garden wall has also been restored by the city as well.

Over 20 years ago, the Hamilton Mountain Heritage Society commenced work on the book, Mountain Memories, which was well received. Part of that work was a Call for Photographs from the community for consideration in the book. The community responded passionately, sending numerous images.

The FOA is currently undertaking  a photo essay project and we are calling upon the owners and custodians of private photograph collections within the community.

The intent is to feature the Auchmar Estate throughout the decades, using unseen or rarely seen photographs, which depict the various eras of ownership and use. It will highlight and include the Buchanan family, the Young family, the  R.C.A.F. and the Hungarian Sisters of Social Service among others.

Your contribution would be most welcomed and greatly appreciated. All photographs and originals would be scanned and returned to the owners.

Submissions, photographic and anecdotal, may be emailed to info@friendsofauchmar.ca  or mailed to the following address:  Friends of Auchmar, c/o 170 East 24th Street, Hamilton, Ontario L8V 2Y3. Please include a return mailing address.

In March of 2021, Pat Saunders tendered her resignation from the Friends of Auchmar Board and her position as Membership Co-ordinator.

Pat served as Membership Co-ordinator and was a member of the Charter Board of the Friends of Auchmar which was officially established in June 2012.

Over the course of nine years, Pat advocated passionately for public ownership and use of the estate and grounds.

With a cadre of volunteers and friends, she manned the membership table at all of the Friends of Auchmar events. Among these were the Annual General Meetings, Doors Open Hamilton, Auchmar Open House, the Voices of Auchmar series and Auchmar, The War Years which was held at the Westdale.

Around the table, with fellow Board members or at City Hall with councillors, her opinions were always valued and respected.

Pat, a sincere heartfelt thank you for all that you did and accomplished for the Friends of Auchmar from your fellow board members and the membership.

The Friends of Auchmar Board has appointed Debra Mills to the role of Membership Co-ordinator.

With the resignation of Pat Saunders in March 2021, Debra very capably handled the membership lists and associated tasks during the interim.

Many of you will recognize and know Debra from her contributions at the membership table during the Annual General Meetings at the Hamilton Club and other special events such as Auchmar, the War Years which was held at the Westdale. 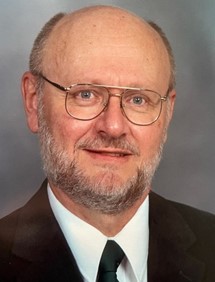 It is with deep sadness that the Friends of Auchmar Board announces the death of Norris Podetz in July 2021.

Norris was a long time member of the Friends of Auchmar and avid supporter of history and railway heritage.

Many of you will know of and recognize Norris via his artwork and portraits of the Auchmar Estate, the Stables, Grounds and Gatehouse. His contributions, greatly valued by all to Friends of Auchmar meetings and special events, will be missed.

The Friends of Auchmar Board and membership extend deepest sympathy to the Podetz family.

In 1852, Isaac Buchanan bought 54 acres of land on the Hamilton Mountain. The property stretched from the mountain brow to Fennell Ave. He built a summer cottage which eventually became Buchanan’s Manor House & Estate.