You are here: Home » History of the Auchmar Estate » Hungarian Sisters of Social Services

In 1943 at the First Canadian National Missionary Exhibition in Toronto, Bishop Joseph Ryan of Hamilton extended his invitation to the Sisters of Social Service to come to his Diocese.  The Superior, Sister Ida Horvath, accepted the invitation.

The first work requested by Bishop Ryan was to take the census of the Hungarians in the City of Hamilton.  Sister Mary Schwarz was assigned to do this work on August 15, 1944.  This was the beginning of the organization of St. Stephen’s Parish.  When the survey was completed, Bishop Ryan requested the permanent stay of the Community.  At that time, the Bishop was planning a permanent Retreat House in the Diocese.  The Sisters heartily welcomed this invitation.

With the help of Mr. Dawson Fell, the Bishop found the site, the former Isaac Buchanan Estate, “Auchmar House”, owned by the Young family and used by the Air Force for their semi-convalescing patients.  The price set for the Estate, consisting of the main building and a barn surrounded by ten acres of land, was $35,000.

Sisters Mary Schwarz, Pauline Reti and Columba Kish arrived in January 1946.  The house was ready for opening and blessing on August 25th and the first men’s retreat from Guelph, Ontario was held August 30th to September 1st.

“Auchmar House” was renamed “Mount Cenacle” and the following nine parishes in Hamilton had their origins here:

Mount Cenacle had its “space” problem right from the start.  On weekends the Sisters’ slogan was “take up thy bed and walk.”  The problem was, where to?  Finally, Sister Mary, with the help of Tom Cochren, planned and converted the stable (named “The Annex” by the Sisters), into living quarters for the Sisters.  The first floor was available for permanent guests, which helped towards paying running expenses.

The need for private rooms was evident right from the beginning, so in 1961, it was decided that an attempt would be made to add a wing.  When plans were finalized, an entire Retreat House with semi-private bathrooms, a separate chapel seating eighty, and a dining room with a capacity for sixty, a retreat master’s and visiting priest’s suite and a new kitchen adjoining the service area of the former building, were included in the plan.

June 1962 brought the turning of the sod and by March 10, 1963, Mount Cenacle held its dedication day.  A week later, the first retreat was held in the new wing.

Retreats were the Sisters’ primary work in Hamilton.  The Retreat House, “Mount Cenacle”, is so named because it is on the Mountain, and Cenacle denotes a “house of prayer”, the scene of the Last Supper, where the Apostles, in nine days of prayer, awaited the coming of the Holy Spirit. 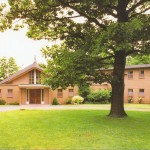 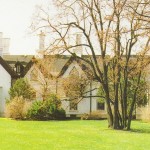 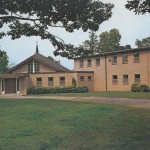 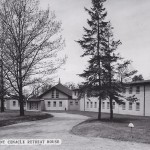 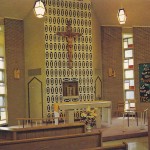 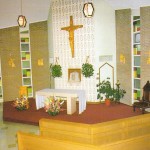 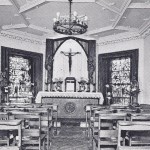 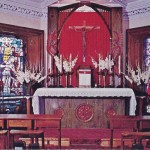 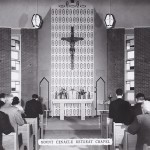 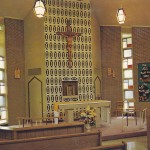